The reason behind this build is to create 2H melee fire Cadence because I have not seen it anywhere. Ideal weapon for this is Sunherald’s Claymore. As a second class I have chosen Commando for fire damage support - fire RR + flat damage. Physical to fire conversion is 100 %. Build has both % damage absorption (Menhir’s Bulwark) and reduction (Ulzuin’s Wrath). There is also flat damage absorption on Blast Shield. Cadence generally has weaker AoE so I also use gloves that give Cadence more targets for better AoE. Meteors and Fissure procs from devotions also help with AoE. Build needs some greens but affixes are mostly interchangeable. It can do SR 65-66 easily. It can even do SR 80 comfortably but it can’t kill Grava in it so I can’t make it full SR 80 capable. Grava was just made to crush fire and lightning melee builds. Build has good DPS and I tried two Sanctified Bones, more ADCtH and War Cry on him and it still didn’t work. 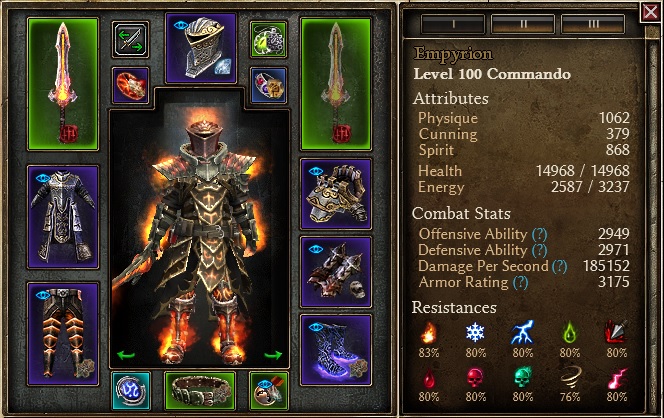 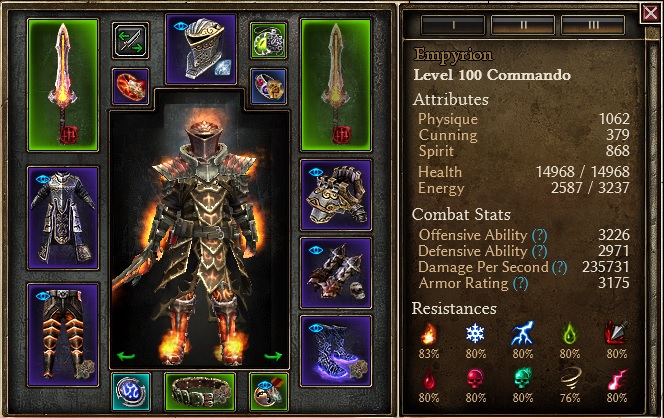 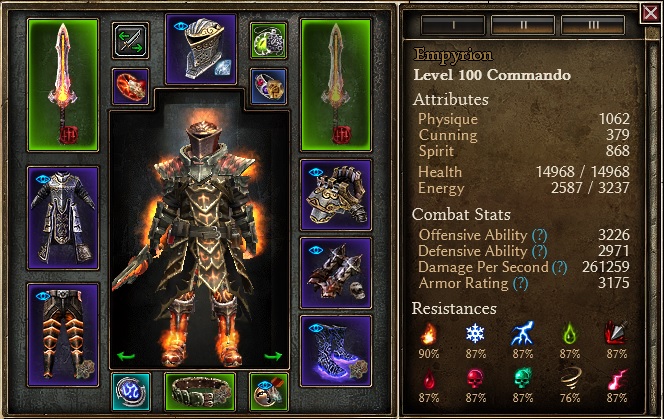