The reason behind this build is to create 2H melee cold Cadence because I have not seen it anywhere. My first try was using Alkamos’ Warsword but it has shown to be weaker than my alternate theorycraft with Bane of the Winter King despite it not having any physical converted to cold damage. As a second class I have chosen Nightblade for cold damage support - cold RR + Lethal Assault. Build has both % damage absorption (Menhir’s Bulwark) and reduction (War Cry) from Soldier. Cadence generally has weaker AoE so I also use gloves that give Cadence more targets for better AoE. Blizzard proc from devotions also helps with AoE. Items are either chosen for flat cold damage bonuses or for bonuses to Cadence. The amulet converts physical damage to cold for Cadence but only for its third hit. This build can do SR 80. 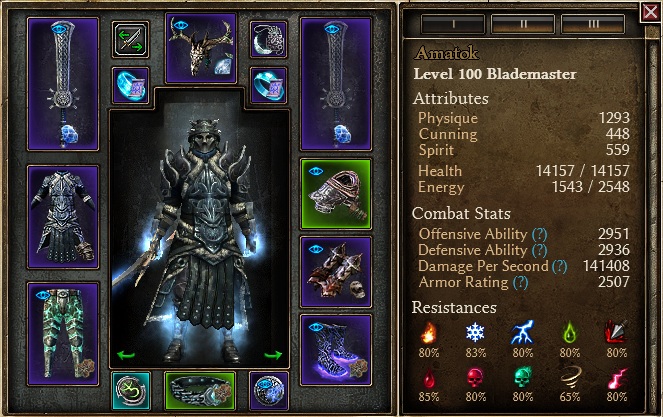 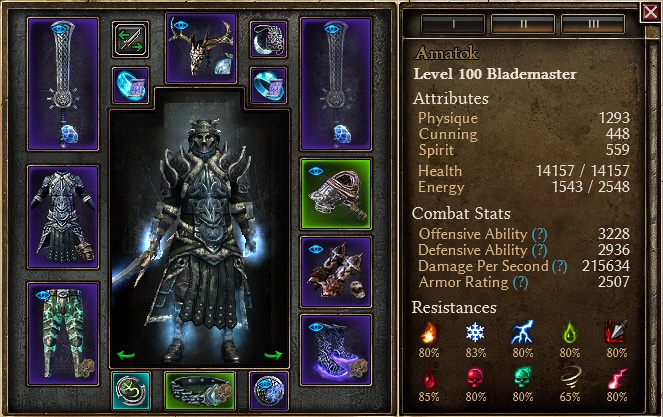 This build can do SR 80. No boss is a problem but killing Kuba is slower and Zantarin can be sometimes hard to leech from. Green fumble pools also weaken you so avoid them.

Nice to see someone actually do cold Cadence.

up to 233 DA reduction to enemies from Rumor, Veil of Shadow and Annihilation

Rumor and Whale of shadows have OA reduction, not DA.
Nice to see someone actually do cold Cadence

Thanks, I overlooked it.

What’s your opinion on Executioner’s Edge proc? It seems to bypass small targets due to blades swirling too far from our character, and this makes it almost useless against them. I feel like they should be closer, or at least duration of RR increased.

Edit: ah, you’re using revenant for that, I see. Sucks for me then.

I actually felt it was good for applying that RR it has. But it could start closer.

Hows bane of winter king compared to Soulrend these days?

Ravager’s helm is in no way underrated. Good to use it on builds with smaller item support.