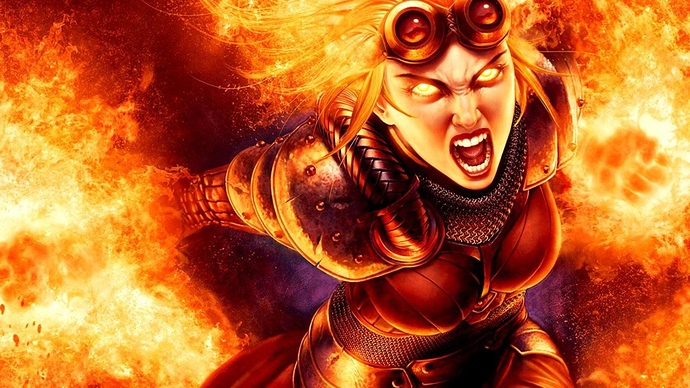 Kill the mutant.
Burn the heretic.
Purge the unclean. 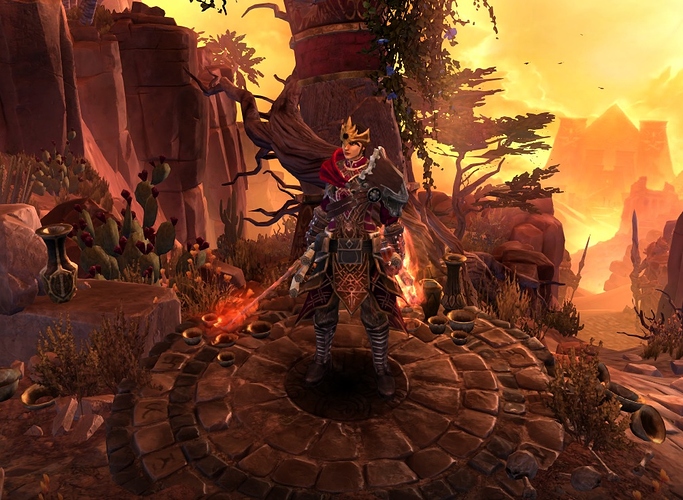 Hello everyone! Today I want to share my favorite build. Actually, the build is an evolution of my bi elemental grenadier. I have been playing this Purifier for a long time already and might say - this is one of the strongest builds you’ve ever seen clearing all the content that Grim Dawn may provide.

Skills:
Example of leveling by @adoomgod:

Personally I would recommend two ways of leveling:

Gameplay
Aggressive caster. Build fights in melee range. In crucible nothing can stop you. In SR you might shit all over the aggroabuse until SR 80 if there is no nasty combo. When going higher, pay attention to your positioning and defensive cooldowns. You need some time to learn hit’n run gameplay as well as skills rotation.

I will explain some of the more advanced game mechanics that I often see new(er) players having troubles with or just being asked about in general to a pretty high extent. Also many veterans of game can for sure learn a thing or two here as well. My goal is to keep this guide as short as on point as possible to make it helpful for beginners. There will be plenty of examples in order to give some pract…

Feedback
@Zantai, please no more nerfs to Ulzuin or this Cyclone pieces. Though the build has insane amount of damage (2500% fire + 2900% lightning), DPS loss after latest patches is very noticeable. Example: Crate time kill increased by 40 sec, it’s about 50% longer. The problem with Ulzuin sorcerer/s lays in high CDR + Eternity relic. Though nerfing relic would have hurt Druids a lot. So, maybe its time to add something like fire->cold conversion on the Starpact, idk.

Interesting use of Cyclone, this time you opt for this medal and not Kymon. OA looks low, but deadly aim compensate for it. Energy is usually tight but I assume Spelldrinker absorb helps in some situations.

OA is pretty OK with Harp and Deadly Aim proc, also DA shredd on Flashbang. You know, this build melted Reaper at SR 87 in ~13 seconds, lol

If I only had more points in Devos, I would take Magi

Not really, the build is super reliable. Though, it heavy depends on the hit’n run skill. Fighting 2-3 enemies at one time isn’t a problem and, before my YT channel went down

Hi, thanks for the build

I’m a new player in GD and i don’t understand all the game mechanics, so sorry for my question ^^
I don’t understand why do you take “Concussive Bomb” ? Is it for Pierce damage (considered like physical ?) or/and for trauma damage ?

It converts the pierce, physical and internal trauma damage of canister bomb and improved casing to lightning and electrocute, because the gear has lightning and fire bonuses, not physical or pierce, so this way the skill can benefit from the damage bonuses of the gear.

Glad I finally get to see your version! Mine is a bit different devotion wise, but same idea though I don’ get how you get your fire/lightning numbers so much higher than mine xD

Did you try bi elemental mortar/canister as well? I quite liked the one I made with torch/tempest for maximum sky is falling gameplay

Sorry for late answer. Been missing

I moved 2 points from BS, and one from vigor to word of renewal for more DA and damage reduction. I don’t think 16/12 BS is worth it as you don’t get an increase in max res.

Current build. I believe its optimal in terms of skill points. The only thing is to rearrange vigor and WoR maybe.

Hyrian is a perfect choice for bi/tri elemental builds. Passive AoE with weapon damage, and the constellation itself gives 90% elemental, 10% armor and 8% increased healing effects. Hyrian is waaaay underestimated

Did you try bi elemental mortar/canister as well?

I have a separate build with mortars, still learn to pilot it though

Meanwhile here is a vid from a new patch

Sorry for late answer. Been missing

Spanky’s been missing for a while too

Spanky’s been missing for a while too

Update has come. I have another build that is more corresponding to Dante’s Inferno tittle, so I renamed this one
Added:

Later I will add leveling recommendation

Update has come. I have another build that is more corresponding to Dante’s Inferno tittle, so I renamed this one
Added:

Later I will add leveling recommendation

A lot of things cones by these days. Not lot of them have the style of Ulzuin though. It’s great set minus the energy regeneration. And your build is very strong and versatile!

Thanks, Nerry!
I really like that full bi elemental builds are no longer meme

Thanks for build, got a lot of fun

Thanks for run anyway!