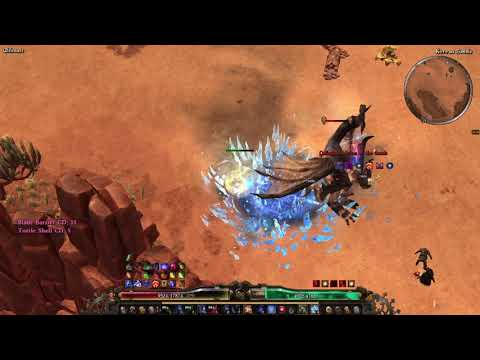 This is definitely a caster / Rune of Hagarrad focused build. Here are some mostly old beginner builds:

And here are endgame builds:

If you follow mine (at least later), make sure to include Turtle devotion and Blade Barrier (1p while leveling) which are not present in the Leveling Journey, to make the build even tankier. Not that it’s particularly needed. Only against Korvaak I’d say, to facetank his meteors.

Wow, thank you for such a thorough reply, you are an angel! I think you’re right, and I may want to opt for a build more focused around the Nightblade actives that I have a lot of fun with. After perusing your recommendations, something like that DW Cold Spellbreaker appeals to me a lot. Just wanted to say thanks - I appreciate you!

New player here. Got a question about the Devotion points. On item 3 in the list it states “- Green” what does that mean? I can’t take away the green because of the dependency for Scholars Light.

Completed Scholar’s Light gives 1 Green Affinity so you definitely can respec the “Green”:

by i.e. Green I mean Green Crossroad, one of the 5 starting nodes in the center.

Oh, got it. Thanks for the ultra quick reply.

I wanted shadow strike infiltrator for a long time, can this build safely do sr7576? And how far can it go?

It’s more Rune of Hagarrad / caster centered, not pure Shadow Strike.
SR75-76 should be comfy but I didn’t test higher. I can send you a character folder if you’d like to try out
if it’s something for you.

Sure, thanks a lot!

Loving this. One question. Would this build work for HC? Also, what end-game build could I aim for?

Would this build work for HC?

Yes, it’s very hard to kill and consistent, just remember to be in the Inquisitor Seal
and use Pneumatic Burst, Healing Pot and Blade Barrier in that order of priority if your Health drops too much. Beginner build has also some points in Word of Renewal but the Advanced version not and doesn’t use it for healing.

Also better have it developed well (devotions, component, Vitality → Cold conversion for example) before the 2nd part of the Forgotten Gods in Ultimate. Although when I was there I didn’t have Blade Barrier and Turtle devotion that were added later so it should be even better while leveling there.

For example you should be able to facetank Korvaak’s meteors in hist last phase with the Beginner Build. And all Main Campaign bosses in Ultimate.

Also, what end-game build could I aim for?

The Advanced build from the OP which I tested could be a build to aim for
or the Chillwhisper one but that one I did not test but it’s similar. 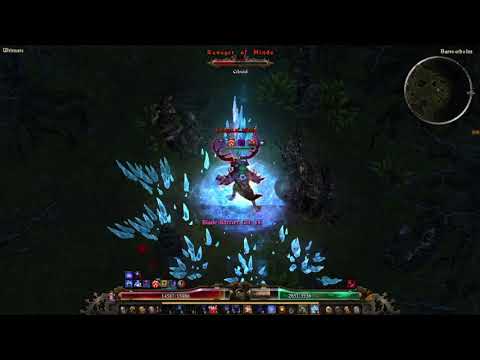 I also tried with the Chillwhisper a bit and perhaps I did something wrong but I couldn’t beat Ravager even with pharma. I may investigate this some other time but perhaps the Phys res difference between the two (8%) does matter a lot. The Chillwhisper variant also has less DA, Armor and RR.

hello, is there config for GDautocaster?

I’ll answer quote your message in this program’s thread.