I decided to do another Olexra build this time with Rune of Kalastor. Other skills I use with this character are Burning Rift (nice teleport with burn damage - deals a lot of damage) and Flames of Ignaffar for lifesteal. Gameplaly is freeze them with OFF, teleport into the middle, put an Inqusitor’s Seal on the ground and Rune of Kalastor under them and burn them with Ignaffar. Everything will die in seconds. All these OFF builds are extreme fun to play. Thanks to freezing and fast killing you don’t take much damage. The Mage Hunter class combo has naturally good defenses (Maiven, Censure, Seal, Mirror, Nullification and Word of Renewal). I also use Eternity relic to shorten cooldowns on skills (it helps a lot).

I use crafting bonus to stun resistance on both helm and medal. 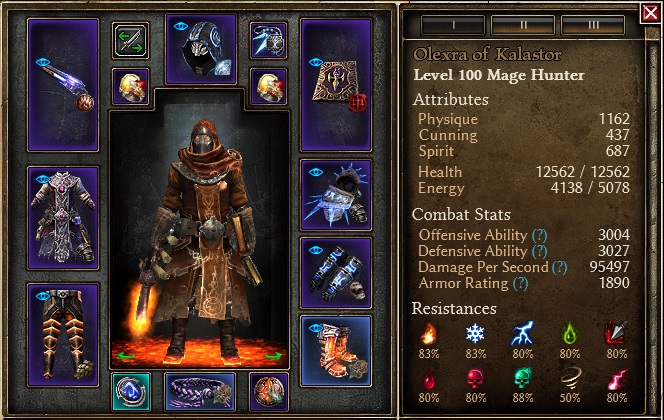 image from the game with passive buffs + Word of Renewal, Inquisitor Seal and Deadly Aim 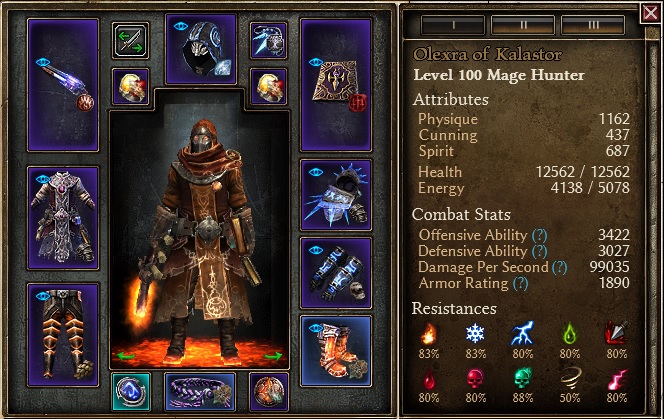