Hey guys,
This is the first in a series of builds that I will be posting, that try to cut away some of the confusion regarding leveling guides. I have often noticed the same formula, where the poster will show real examples of their characters, and it can become confusing for newer players, because of certain skills being boosted, and them not knowing how to make sense of the point investment. In these guides, I will provide mostly theory crafts with only the items that I recommend farming, with no affixes on them, to provide as plain and simple a view of the leveling process as possible. When I do have a real example of my character at that level, it will be presented alongside a theory craft version to show the possibilities as well as the bare minimum for that point in the journey.
Note that these guides will stop at 75, as I find it preferable to start farming for realistic endgame builds that can be farmed for around the 75-95 mark. I will still show an example of a completed build with just SSF (solo self-found) gear, but I encourage people to figure out what they want as an endgame build before getting to max level, so they can start recognizing and saving items for the inevitable switch.

For this guide, we will be focusing on making a pure Soldier, using the Forcewave ability. Soldiers have an amazing balance of damage, defense, and sustain that will allow us to have an easy and satisfying journey that is also hardcore viable.
Forcewave is a medium-range spam ability, that both does great damage, but also hits many enemies, making it perfect for beginners and those looking for an efficient leveling build.
I have chosen to go monoclass, specifically to allow you the greatest freedoms regarding endgame builds, so as not to lock you in, as Soldier has some of the most versatile class combos in the game, capable of all styles of play.

The majority of your gameplay with Forcewave revolves around grouping packs together and spamming them to death. Soldier has some fantastic abilities, like War Cry, which can draw aggro if you are in a group setting as well. In the beginning, you will kite enemies and use FW from a distance, but as you start leveling, and getting tankier gear, devotions, and skills, you will be able to just approach and unload, with no real worries of being killed. 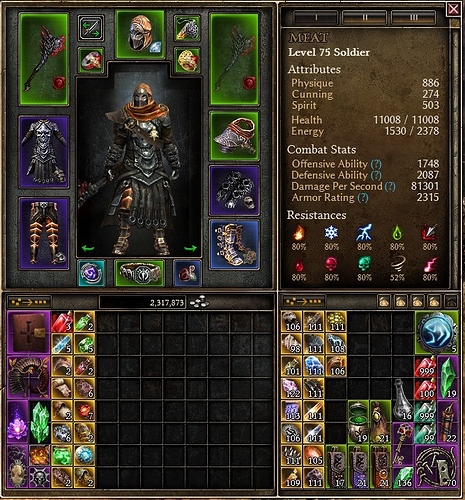 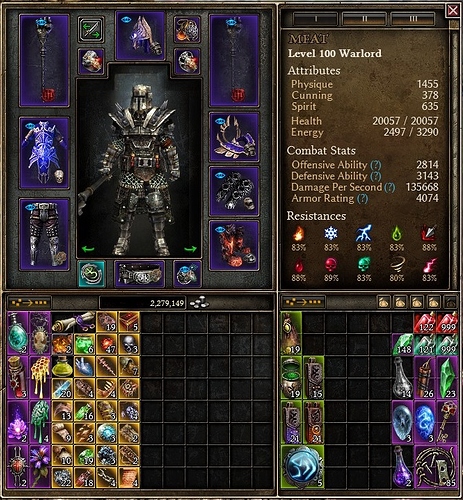 For this build, I am using @AlkamosHater’s devotion path from his FW Warlord, but I really like the path, and it suits this build well.

Just to reiterate, here is the full devotion path:

Endgame Options
There are tons of possibilities for Soldier in the endgame, but I’ve selected a few that are relatively easy to make, mostly using target-farmable gear or frequently dropping gear.

These are just some of the many builds you can make, and not even all the class combos are represented here. Soldier is incredibly versatile, and I just wanted to show the variety of playstyles with this sampling

It is very good idea to show generic leveling of mastery as you did here. Are you planning in doing one per mastery eventually?

Good format of guide, I really like the purple color!

Yeah you are 100% right about that, and I was thinking of doing some more single class and some more with the combo in mind. We shall see if people like this one haha

I can include guide in my compendium too. It will be the first mono class entry!

Btw I still prefer fleshwarped casque over that MI helm for less sprit invested and higher up time on war cry.

Btw I still prefer fleshwarped casque over that MI helm for less sprit invested and higher up time on war cry.

Yeah, that is a good alternate piece for sure

I can include guide in my compendium too. It will be the first mono class entry!

Always good to see build guides with detailed focus on the leveling strategy and skill point distribution trajectory. Not enough of them include this valuable focus which is an essential tool for newer players and veterans of the game who may have never tried the class/class combo!

This is an aspect of a good beginner guide that makes me enjoy them more than other build guides. Im glad to see the trend has grown and continues to grow despite development coming to a close. Shit i move so slow in this game, GD 2 will probably release before I am able to complete all the milestones I have planned for my own builds. Ill be posting here every now and then long after development has officially ended and no more hotfixes are coming. I hope all of you do too!

I do a lot of testing of various strategies and a lot of my friends like to try builds of mine, so I felt it was best to formulate these guides in the same way as I would try to show them the build. There is too much focus on the endgame and not enough on the journey, which is why I intentionally omitted the endgame from the focus until the very end.

Great to see well-writen guide and another rising builder with potential!

Thanks for mentioning me, for FW you can check also this build:

Hello, just another build from me, physical no-set Forcewave Death Knight this time. Build depends on convertion damage into physical so we can skip a lot of enemies armor. Very tanky concept with good damage and kiting potential in bad situations. Huge credits go to @grey-maybe for suggestion to try Death Knight instead of Warlord and ideas how to improve build. Build https://www.grimtools.com/calc/YZemkyvZ No-set builds has pretty flexible itemization so there are possible swaps: Helmet -…

It can work with Warlord too, probably better than my old guide (but harder to farm because it’s not SR set). Devotion route is tanky enough too for HC I think but after full build is made.

Haha yeah, I was originally going to make that one myself, as an SSF HC build, especially as DK is one of my fav classes, but the No-set stipulation is exactly why I went with the Warlord. Both are fantastic builds. Also, I didn’t link your Retal Warlords as they are more advanced builds with more than 2 greens.

yeah what is stat priority?

I was playing on hardcore, so I just mindlessly dumped into physique for DA and HP

Anything to worry about when it comes to the choices between Kymons chosen or the order of deaths vigil, or the 3 cults? What would you recommend?

What would you recommend?

It’s not really important. I always choose solael because it is the fastest, but you gain a ton of experience for all the cults by just doing FG content